Following the lead of the better ones.

A Nursing and Rehab Center that would make its Namesake Proud

‘The lady with the lamp’

Florence Nightingale- Illuminating the path of modern nursing with the founding and legacy she left us.

In 1844, defying her upper-class status and parents’ according to views, Nightingale enrolled as a nursing student at the Lutheran Hospital of Pastor Fliedner in Kaiserwerth, Germany. This was the commencement, not only of Nightingale’s career but the advent of modern nursing as we know it today as well.

Within her first year of her first nursing job in a Middlesex hospital in London, tending to an ailing governess, Nightingale was admired and promoted to superintendent. The Cholera breakout motivated Nightingale with a mission to advance hygiene practices, which slowed the spread of the disease, and reduced the general mortality rate in said hospital.

In late 1854, with the Crimea war raging, it was requested of Nightingale to arrange a corps of nurses to tend to the sick and fallen soldiers.  Within days Nightingale did just so, and sailed with a group of 34 nurses she had culled from all over, saving myriads of lives with the expedition.

Nightingale worked hard, but was never deterred. In 1860 she expanded her vocation and calling, funding the establishment of St. Thomas’s Hospital and the Nightingale Training school for nurses. That set off a new wheel of motion in the world. Even the wealthy upper class started training as nurses, a direction they had before viewed as objectionable to ladies of stature. Nightingale was a heroine. A celebrity. People sang for her. Wrote about her. Looked up to her.

But Nightingale was no longer out in the field she so loved. ‘Crimean fever’ left her bedridden at only 38 years old. Nonetheless, Nightingale remained dedicated to her pursuit of health care improvement. She retained her position as an authority and advocate of health care reform even from bed, publishing Notes on Hospitals which gave explicit instructions as how to manage civilian hospitals effectively.

On August 13, of 1910, Nightingale died quietly in her home, leaving behind a whole world alive with new standards, hopes and dreams for nursing, health and longevity.

Enter Nightingale Rehab and nursing center. Where the 'lady with the lamp's' legacy shines bright as ever.

Kindness is our middle name. –We’re all in this together.- Ours is a home where compassion always comes first. It is only on those grounds, that we can offer your loved ones personal care and our plethora of restorative medical services 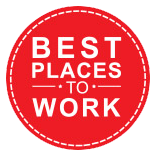